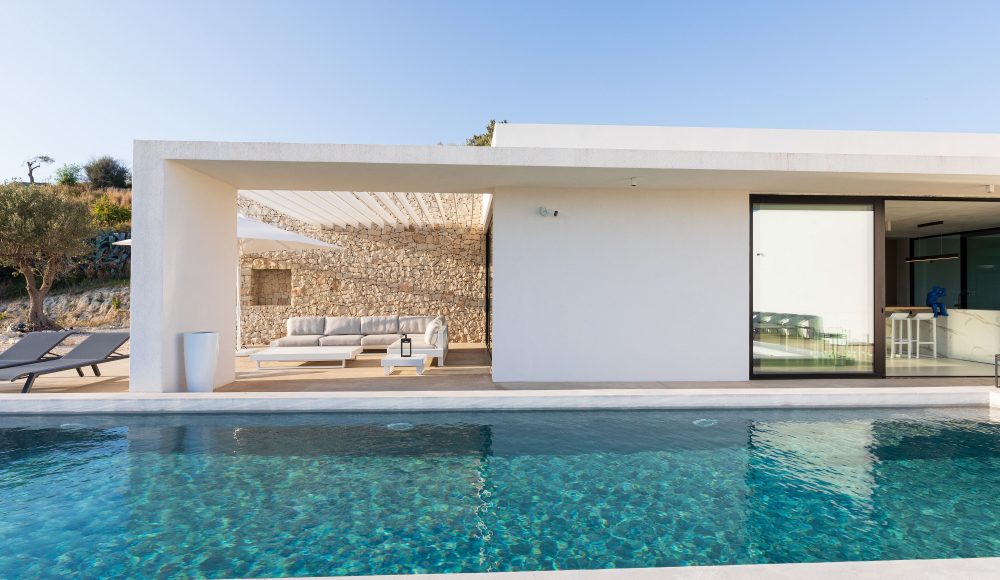 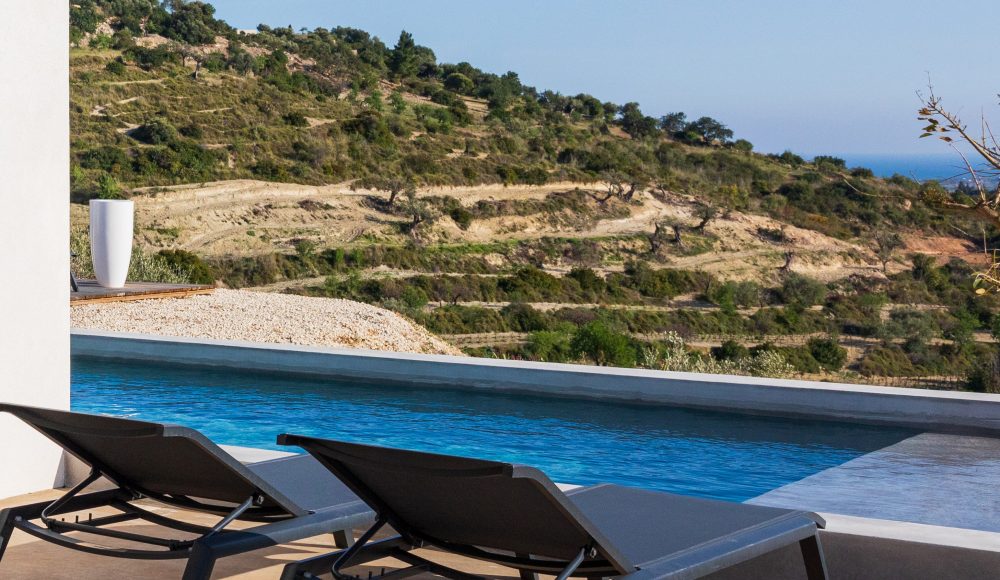 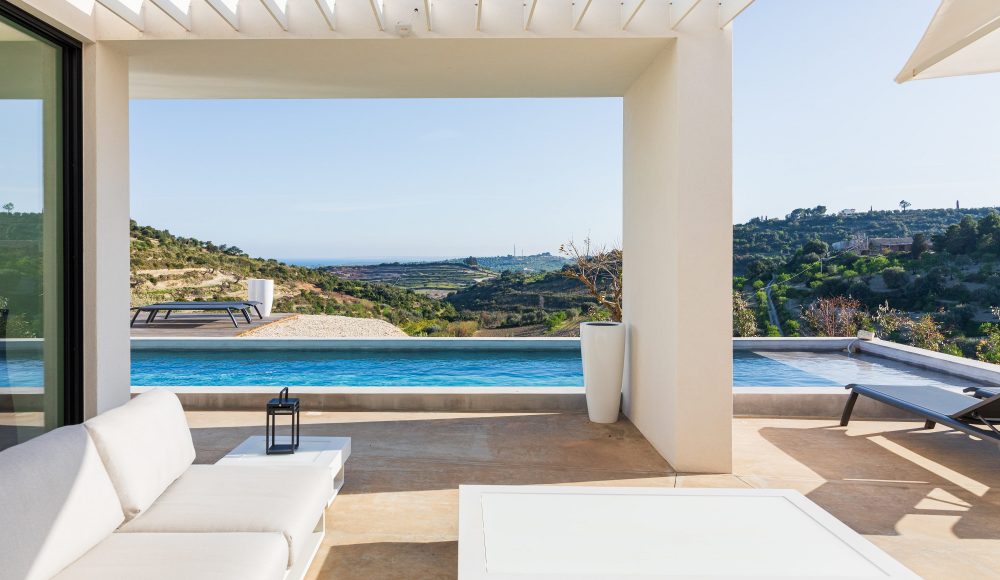 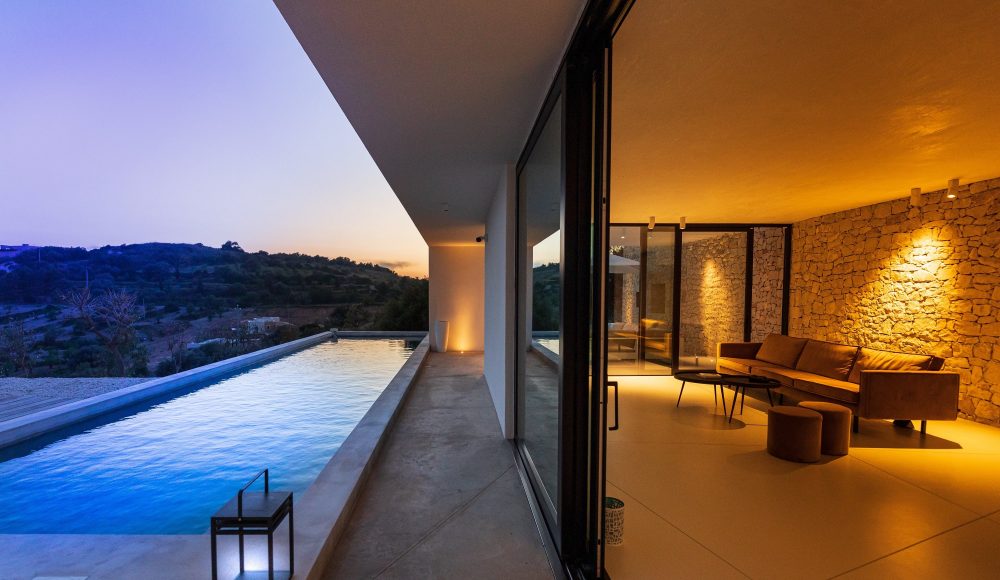 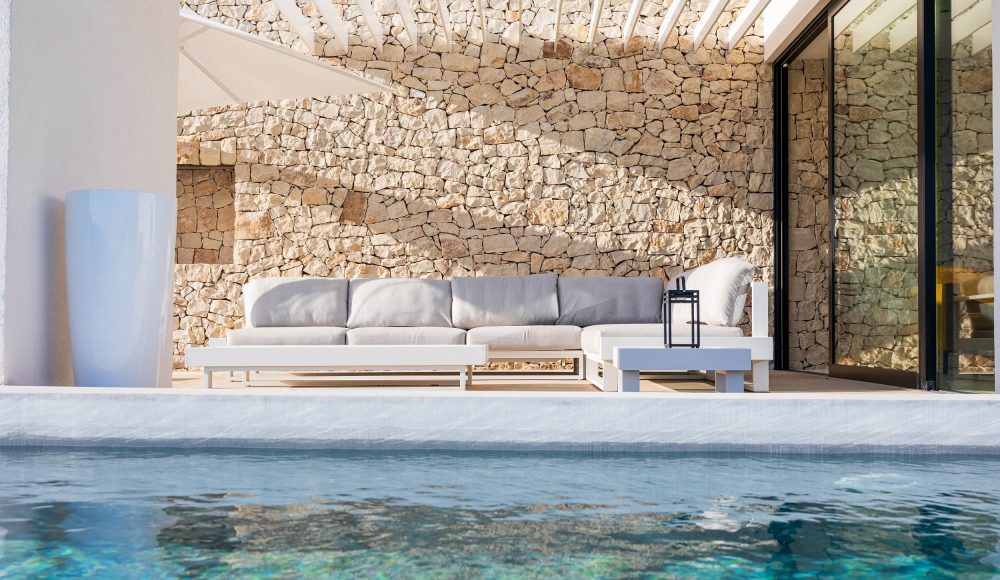 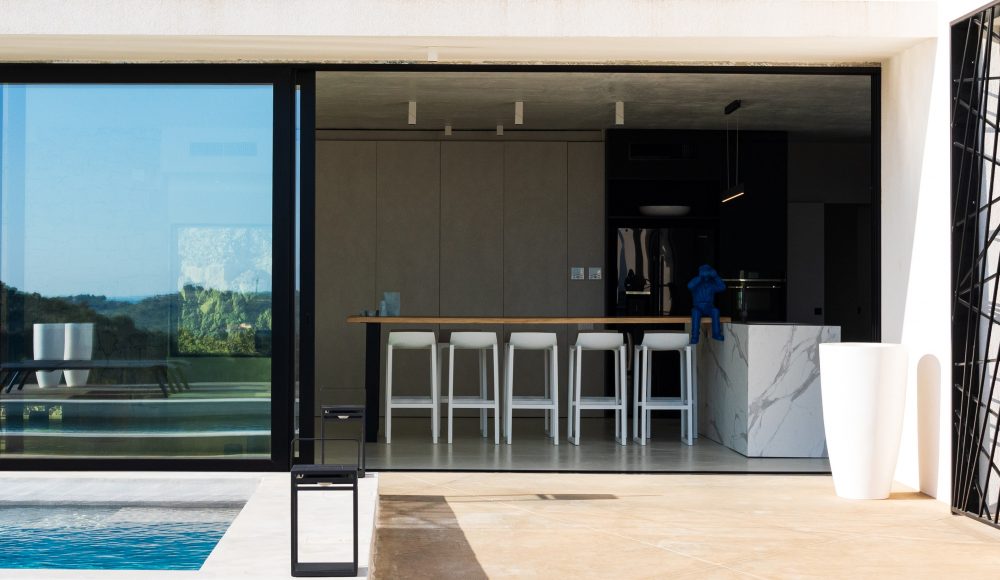 In Sicilian dialect Taléddà means ‘Look There!’ from talé (look) and ddà (there), a phrase anyone staying in this villa may find themselves exclaiming several times a day! For Talèddà is an exquisite contemporary villa, designed to let those who live in its light, airy minimalist spaces experience full immersion in the beautiful landscape of Noto, with its gentle maquis, almond- and olive-cloaked hills rolling gently down to the sea.

Access to the villa is on a typical unpaved rural road a few kilometers from the baroque town of Noto. The villa rises at the top of a valley between almond and olive trees, overlooking the sea, and the skilful use of glass, with white walls that seem barely to be there, result in a unique space in which boundaries between inside and outside are virtually dissolved – not simply in terms of the views from the house, but in terms of the natural light that suffuses it. Entering the house, you walk into a large and bright open space with large panoramic windows that can be opened, overlooking the surrounding landscape and the cool, minimalist swimming pool. There is also a contemporary and extremely well-equipped kitchen.

Two corridors lead to the villa’s two sleeping areas. One consists of two double bedrooms both with private bathroom; the other has a double bedroom and a convertible twin, and a large bathroom to serve both. A further small bathroom (loo and hand basin only) completes the sleeping area.

The villa’s grounds consist of several acres of Sicilian countryside with its typical colors and scents, allowing guests to take long walks without leaving the property. The comfortable swimming pool, located very close to the villa, and beautifully lit at night, is almost one with the house itself.

The contemporary architecture and design of the villa.
Experiencing the Sicilian countryside in absolute privacy and freedom, and in maximum comfort.
Enjoying the lively atmosphere and exuberant architecture of Noto, a true jewel of Sicilian Baroque.

Families or groups of friends who want to spend an holiday that includes relaxation, culture, beauty and comfort.
For any who loves great food and wine – this is one of the best areas in Sicily for both!

Some things not to miss in you are staying at the I Picciotti: