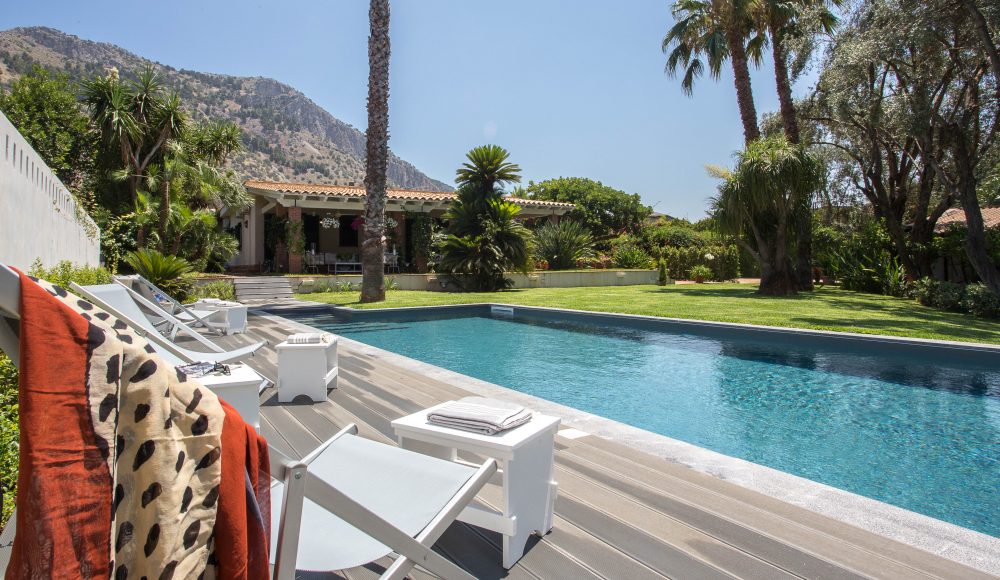 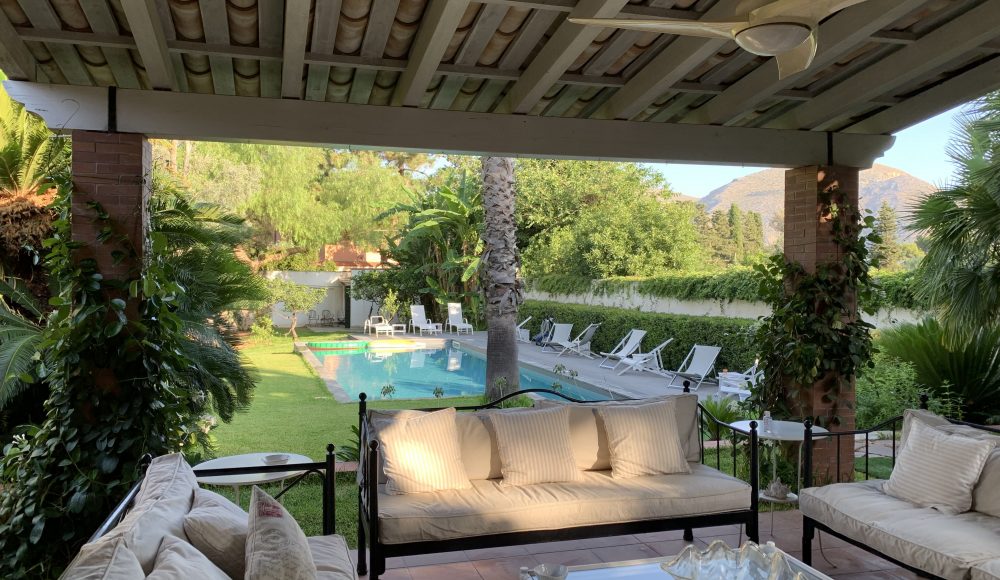 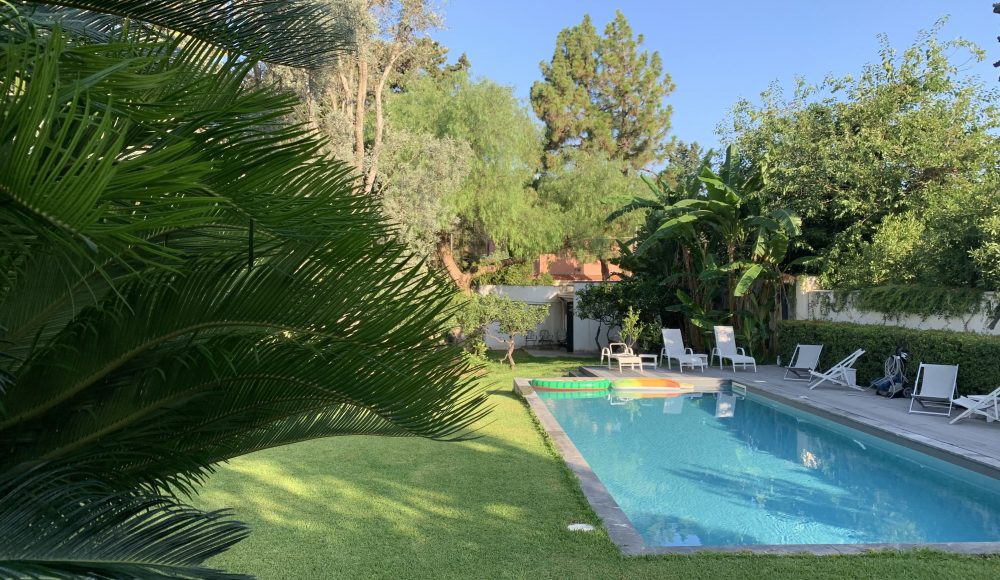 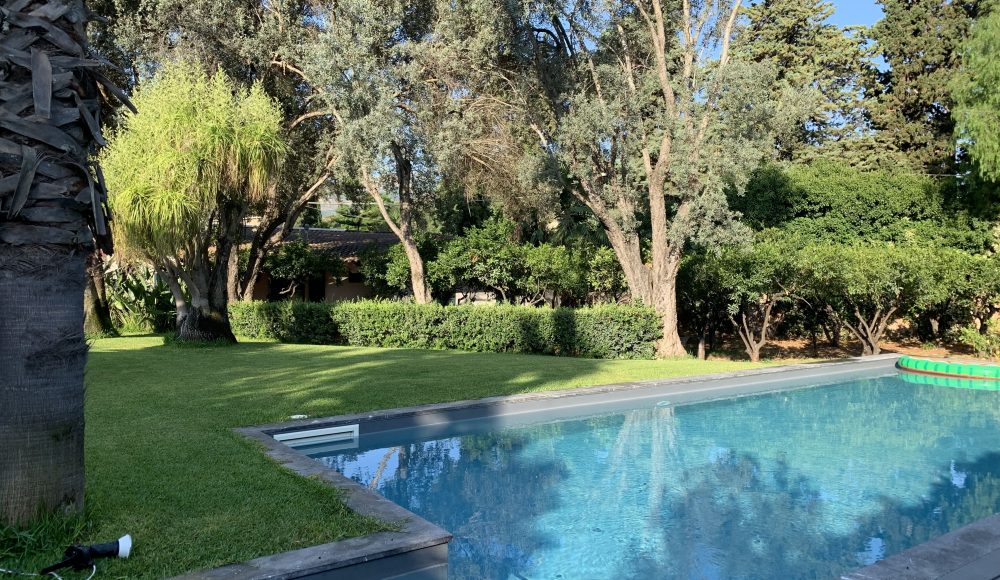 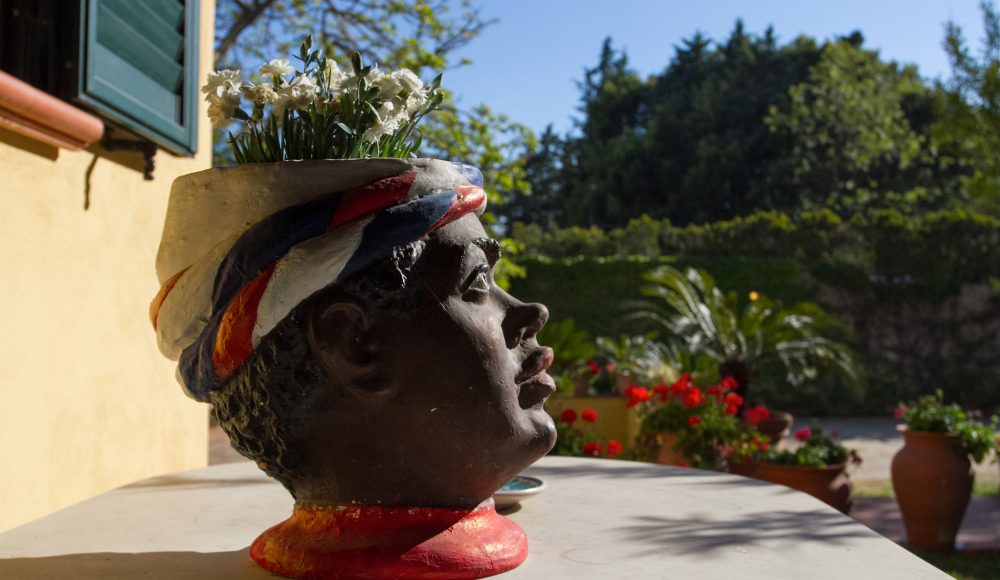 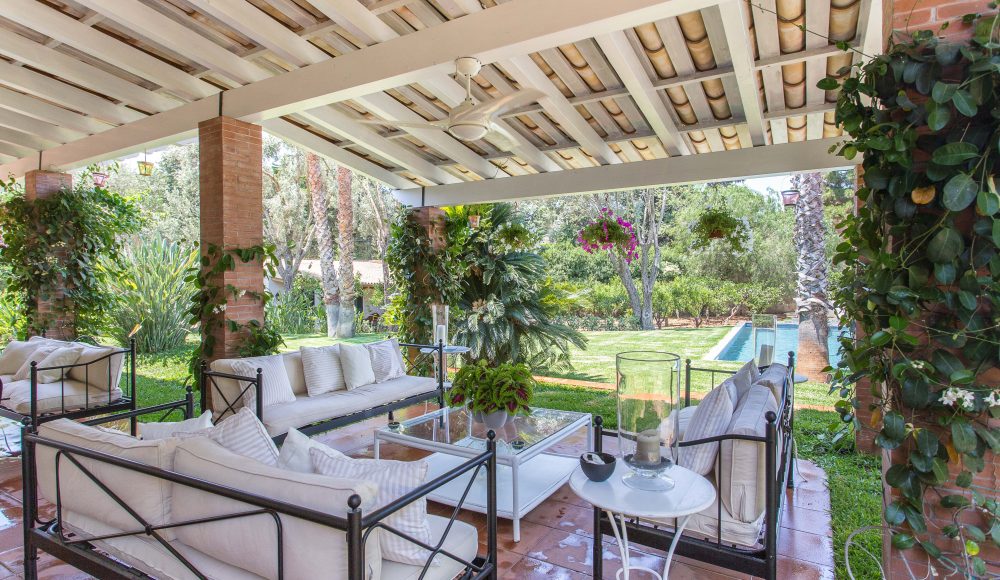 A villa with beautiful pool
and lush garden

Il Moro is located in a quiet part of the seaside resort of Mondello – home to the Palermitani’s favourite beach – with a fantastic pool surrounded by a large garden of flowering plants, citrus trees, olives and palms, creating an oasis where peace can be guaranteed even in high season, even though the beach is a short walk or bike ride away. The property consists of the main villa, a cottage and a dependance. The outdoor areas are pleasantly furnished – perfect for making the most of the outdoor life that is such a feature of Sicilian summers.

The style of the villa is light and uncluttered, despite including several valuable heirlooms – the owner is from one of the oldest aristocratic families in Sicily.
The main villa is one one floor, with a spacious living room, two bedrooms (which share a bathroom), and a small, but perfectly and a characterful tiled with majolica equipped kitchen.
In the large garden, set apart from the main villa, is a second building, known as the cottage, consisting of a living room with an American-style open-view kitchen, a little private terrace, two bathrooms and two bedrooms (one with bunkbeds); the second annexe, known as the dependance, beyond the pool, has a double bedroom with an ensuite bathroom.
The owners, true to the venerable tradition of Sicilian aristocrats, are attentive and faultless hosts.

2 bedrooms (one double bedroom and one twin)
1 bathrooms, of which one is ensuite Living/dining room
Comfortable kitchen
Covered and furnished terrace
Behind the house, next to the kitchen, is a laundry area

That the villa is stylish and contemporary, but personal — it feels like a home, and the owners really seemed to have thought about making guests feel looked after.
That the villa is a true oasis within lively Mondello — perfect for families where parents seek peace and quiet, but teenage children want movida! Staying at Il Moro can create the kind of holiday that meets the needs of members of a family of all ages and tastes — there is even a children’s play area!
Hiring a small RIB and exploring the coastline — especially the tiny bays of the magnificent Capo Gallo nature reserve.
That the beach is just a few minutes away from the villa, and easily accessible on foot or by bike. There are several lidos here, renting sunbeds and umbrellas by the day, and restaurants, bars and clubs that stay open until late at night.

The big garden and play area mean the villa is ideal for a family with children, while the spaces are organised in a way that make it perfect as well for for groups of friends who want to holiday together but have a degree of independence and privacy.
The area is lovely and quiet — even though lively Mondello is so close.
The central heating means that it is also an ideal villa for a winter break.
The location is ideal for anyone wanting to explore Palermo from a quiet base by the sea — especially in low season (high summer is too hot to make Palermo enjoyable!)

Some things not to miss in you are staying at the Villa Il Moro.